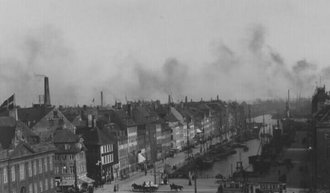 Nyhavn – or “New Port” in English - was built in 1671 by Swedish prisoners of war on the instructions of King Christian the 5th. The front building Nyhavn 31 was built in 1691 for the sailor Thomas Andersen.

In 1799 the house was taken over by Mr. Edward Gram and a new building was added.

The building Nyhavn 31E was constructed in approx year 1900 and was used as a warehouse and for other purposes.

In 2010 "the CFP Groupe" bought the building, renovated it and converted it into apartments with newly installed balconies.